The ZeroNet Interview. We wanted to know from Tamas Kocsis, the founder, why it doesn't protect the privacy of its users by default.

ZeroNet is a still unknown decentralized network using both:the BitTorrent and the Bitcoin technology. This open source protocol is developed in Budapest, Hungary. We wanted to know from Tamas Kocsis, the lead programmer and founder, why ZeroNet doesn’t protect the privacy of its users by default.

ZeroNet is a safe harbour for the Internet where the rules are written by the people!

Tarnkappe.info: Hello Tamas! Would you like to introduce yourself to our readers?

Tamas Kocsis: Hi, I’m Tamas, 34 years old, based in Budapest, Hungary and in love with the Internet since the dial-up era. Beside programming I enjoying any activity that has a meaningful end result. In the past years I have used wood/concrete/paper and other materials to design and produce my own furnitures and various objects.

Tarnkappe.info: You are living in Budapest, one of the European towns with the most ATMs that are accepting Bitcoin, if I’m informed correctly. What is your relation ship to the Bitcoin as you have chosen it as the basis of ZeroNet?

Tamas Kocsis: First I heard about Bitcoin in 2013. I really liked the idea of the decentralization and getting rid of as many middle-men as possible. I also found a great community around it and I wanted to be a useful part of this group. So being a constructive member in the Bitcoin / decentralized community was part of my motivation to start developing ZeroNet at end of 2014.

Tarnkappe.info: Nowadays there are far more advanced cryptocurrencies with far quicker transfers, lower costs and so on. Why did you chose the BTC? Or is the BTC the only valid cryptocurrency for you?

Tamas Kocsis: I think Bitcoin will remain the most trusted cryptocurrency in the near future. When I started the development there was no other major cryptocurrency other than Bitcoin. The Bitcoin network does not plays any role in ZeroNet. We only using the underlying cryptography, so the Bitcoin transaction speeds or features does not matter for us.

ZeroNet: “The best way to contribute to the project is creating content and sites.” 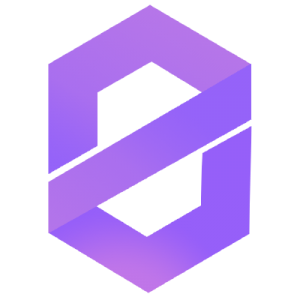 Tarnkappe.info: What do you think about other anonymous networks like Tor, Freenet or I2P. Will one of them survive in the long term? Or is it better to have a lot of them being developed and used as each of them has a complete different structure?

Tamas Kocsis: I think it’s great to see and have different solutions for a similar problem. Currently ZeroNet is using the Tor network to allow users to hide their IP addresses, but I2P support is also planned.

Tarnkappe.info: Do you have any idea how many users you have? Or the number of Blogs? Or other interesting statistics?

Tamas Kocsis: It’s hard to tell the exact numbers, but there are around 5.000 domain names registered in the Namecoin system that has a ZeroNet entry, but most of the sites does not have domain name. The largest ID provider on the network has more than 80.000 users registered.

Just installed @HelloZeroNet. I have to say, it’s a really impressive #decentralised website platform! Very modern looks, and some good content too.

Tarnkappe.info: How many people are developing ZeroNet? Is that your hobby? Can you ensure your income with it?

Tamas Kocsis: Right now more than 90% of the changes comes from me. Two years ago a German company started to supporting me and since then I’m spending most of my free time with the development.

The network itself isn’t anonymous. You need to use other solutions to hide your identity.

Tarnkappe.info: Speaking of the protection against possible violations against the penal or civil law: Is there a non-profit association as responsible body? Or how do you protect yourself against legal threats?

Tamas Kocsis: There is no official company behind ZeroNet, it’s just an open source application that anyone modify. As far as I know right now it’s not against the law developing a system like this. It’s also worth mentioning that by itself the network is not anonymous, but you need to use other solutions to hide your IP address/location. (eg. Tor)

Tarnkappe.info: ZeroNet can be tethered with the Tor Network. But it is not anonymous by default. Why? In Germany, the USA and several other countries, people have serious troubles because of law firms sending out masses of dissuasions, which cost up to 1.400 Euro for a single notice. And Tor isn’t slow nowadays. Are there any other reasons not to choose privacy by default that we should know?

The Play Site is a problem

Tamas Kocsis: Tor speeds are pretty good here, in the EU, but in other parts of the world the situation is not so good. In many country it’s completely blocked. I think its best to let the users decide if they want to hide they IP address or not.

Tarnkappe.info: Isn’t it correct that I’m uploading f.e. copyright protected material to others in order I download a movie from Play 1PLAYgDQboKojowD3kwdb3CtWmWaokXvfp ,which is online until today at ZeroNet? In case I’m not using the Tor Network or a good VPN provider, I’m doomed, or am I’m wrong?

Tamas Kocsis: I think the situation is not so clear: The Play site itself does not contain any copyrighted material, only the hash of the content (magnet link to the torrent file). I think we would not have any torrent site today if it would be clearly illegal to operate the site like this, but for example The Pirate Bay still operates after 15 years The Play website does not contain any adverting, so I think it would be even harder to attack it legally, because no one benefits from it.

Tarnkappe.info: I can only stream the trailer by using the regular YouTube in the clearnet, not the movie, how comes?

Tamas Kocsis: You need a BitTorrent client to download the full movie. 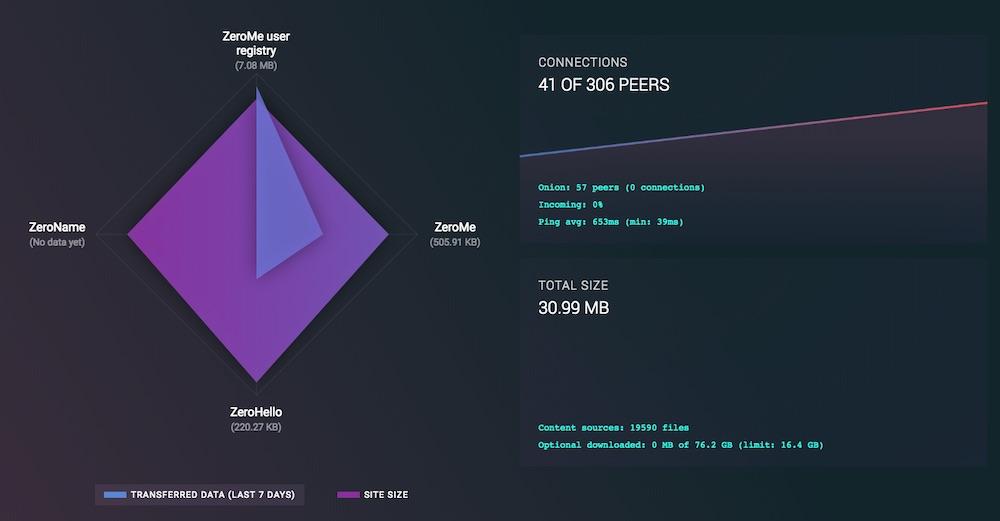 ZeroNet is still in early stages.

Tarnkappe.info: Okay, and how quick are the downloads?

Tamas Kocsis: The speed of the download only determined by the upload speed of the users who are currently serving the required files.

Tarnkappe.info: Kopy Kate also looks promising. It looks like Youtube for documentaries without any censorship. Do you have more informations about it? How comes, the streaming is in this case quick enough for ZeroNet? Or is it for real YouTube from the clearnet? I’m confused.

Tarnkappe.info: Is anything indexed of your content by the search engine of Google? If not, is that an advantage or disadvantage?

Tamas Kocsis: The Google indexing bots can’t connect to ZeroNet, but there are open proxies that allows anyone to browse the network without downloading anything. By using this proxies it can be possible that Google indexes ZeroNet sites and it did happened in the past.

ZeroNet: „Torrent sites are in the gray area“

Tarnkappe.info: Surprisingly „Play“ is one of the highlights when you’re using a search engine like Google and investigate about ZeroNet. What are your feelings about that connection?

Tamas Kocsis: I think Torrent sites are in the gray area: they are morally accepted by the people, it’s not clearly decided yet if it’s against the law or not, but of course the copyright holders want to shut them down. 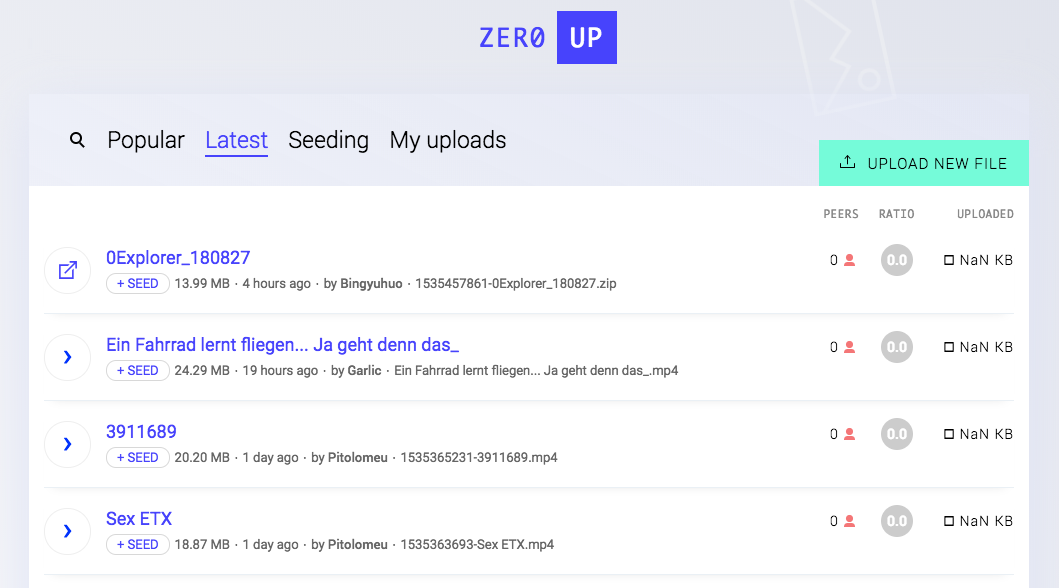 Tarnkappe.info: What is ZeroNet for you? A place without censorship? Without rules? Without copyright? Or without being shot to the moon by a group of kids using the Low Orbit Ion Cannon (LOIC) ? Or someone who’s buying a big botnet for a couple of hours?

Tamas Kocsis: I see it as a safe harbor for the Internet where the rules are written by the people.

A place where the rules are written by the people

Tarnkappe.info: So it’s really not possible to rub out a blog or website using your network with a real heavy DOS or DDoS attack?

Tamas Kocsis: It could be possible to attack the peers currently hosting it, but I think it does not worth it as most of the users would not even notice it. The currently serving and previously downloaded sites can be accessed even without internet connection as it is accessed directly from your computer.

Tarnkappe.info: You advise to use this survey ), where the sites are ordered by the peer number. By the way: Do you plan to develop a sort of search engine for ZeroNet?

Tamas Kocsis: I think it’s a great way to discover the most popular sites, but it requires some alertness what site you actually visiting. A search engine would be nice, but it’s pretty hard to do as it would require to store huge amount of data. 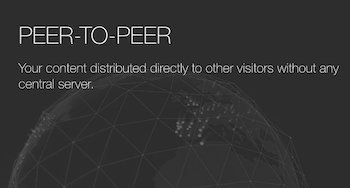 Tarnkappe.info: I heard by using the wallet address of website inside of ZeroNet, you can also send BTC directly to them. Is that information still valid? Does this happen very often that site owners get a donation? For someone who’s publishing good informations it’s still hard to gain attention and especially donations.

Tamas Kocsis: Yes, every website address on ZeroNet is also a Bitcoin wallet address. Actually it’s just a side-effect of using the same cryptography for both networks. It’s not really common to give donations to site addresses directly, but I think it’s mostly because lack of really popular sites with many users.

Tarnkappe.info: What can people do in case they want to support your project? Any suggestions?

Tamas Kocsis: I think the best way to contribute to the project is creating content and sites.

“Spamming is a hard problem and it’s especially hard in decentralized, anonymous systems.“

Tarnkappe.info: Using the ZeroTalk German, I only had to register by using the ZeroID. How safe is that? Doesn’t it make it easy to use fake accounts in order to troll around, spreading fakes and so on?

Tamas Kocsis: Spamming is a hard problem and it’s especially hard in decentralized, anonymous systems. In ZeroNet every user can maintain a list of blocked users and it’s also possible to share this list with other users. By that it tries to achieve a people-powered content filtering system instead of centralized one as we currently having on social sites.

CP is not a major problem at ZeroNet

Tamas Kocsis: Of course I’m not happy to see problematic contents like this, but it’s already pretty easy to reach this content on Tor/I2P/Freenet, so I think ZeroNet will not have any major impact on that. 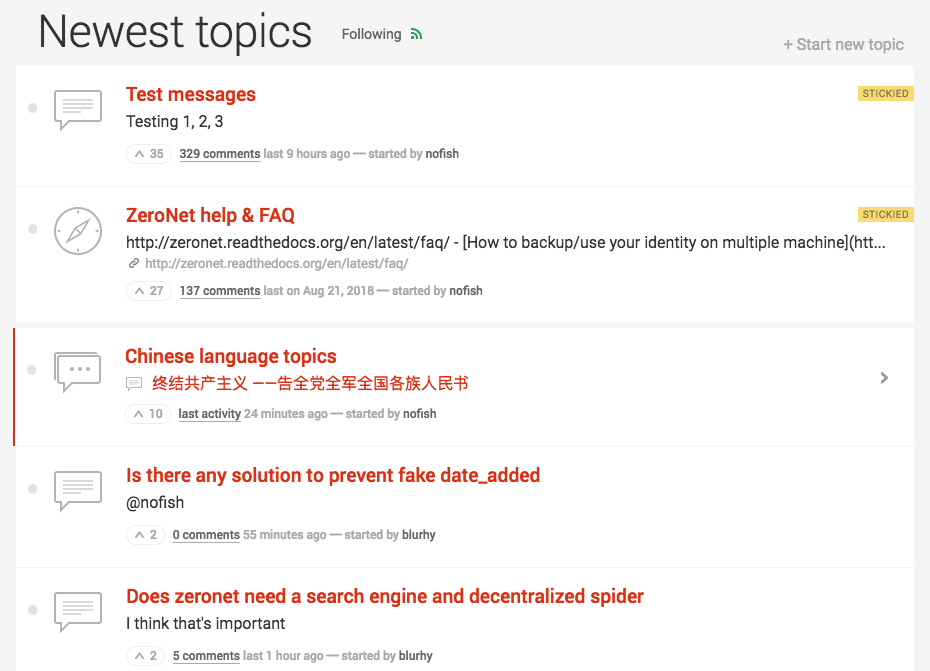 Tarnkappe.info: Two years ago you told Bitconist in another interview, that you’re not happy with the development of the internet. Speaking of censorship, mass surveillance and so on, what did change since that interview came out?

Tamas Kocsis: In the past years Internet became even more centralized. The over-regulation, and proposed copyright laws (like Article 13) are even more scarier for me than it was a few years ago.

“Edward Snowden helped to realize, that the governments are not always playing by the rules…”

Tarnkappe.info: Was Edward Snowden able to change anything with the documents he gave to the journalists?

Tamas Kocsis: I think it helped many people to realize that the government is not always playing by the rules, but most of the people still did not care and because of that it did not had any major effect on government surveillance.

Tarnkappe.info: What do you think: How will the clearnet (www) look like in five or ten years? Will it then be completely regulated? Or speaking about aspects like privacy, barred domains, equality for all transferred datas etc. etc.??

Tamas Kocsis: I think the Internet will be more regulated. I would not be surprised if the regulations would introduce a mandatory “content publishing license” for every content creator that has more than a few hundred follower/visitor.

Tarnkappe.info: Tamas, thanks a lot for your replies!

Video: A quick demonstration of ZeroNet.