No matter whom I have asked so far, whether Amiga or PC scener, German or Dane, man or woman, coder or graphic designer: parties are an essential element of the demoscene. It’s fun to watch demos and chat with your crew via IRC. It’s a great hobby to learn 68k assembler or shadertoy at home after work and maybe even to compete or teach each other something via video conference. But there’s nothing like the majestic feeling of watching your own production on the big screen, listening to your own tune at a deafening volume and experiencing the reaction of the other guests. Or being a fan yourself, talking shop with random people you meet, drinking casual beer and roaring the melody of “Stardust Memories” around the campfire as if you were the ultimate football fan. 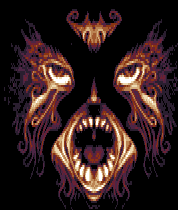 Meanwhile the date for Function was approaching and I was also toying with the idea of going to this party in Budapest for the first time. Further events were cancelled. At least for once this year, breathe in some real demoscene atmosphere! The Magyars’ hygiene concept included not only the compulsory wearing of masks but also the obligatory registration of a maximum of 150 guests in advance and a ban on hugging the organizers. That sounded acceptable. However, the daily glance at the map of Europe of the risk areas from the Hungarian perspective did not promise anything good. Eventually, the government decided to let people from abroad into the country only for important reasons.

At least one can be curious about which concepts will be developed by the scene until then. Above all, which concepts will still be valid after the pandemic? Sofa World – supplemented by voice chat depending on the distance to other avatars (as with Mozilla Hubs) – could become a permanent feature in the scene, to which future parties could simply dock. Smaller remote parties could be connected via large “portal” screens. Telepresence robots could drive around and be controlled by those scenesters who had to stay at home.